My research proposal for my graduate studies at Stanford had two goals: (1) clarify the role of the nucleus in driving cell migration and (2) determine the role of force generation in endometriotic cell invasion through other cells. I have since moved on to other research topics, but still enjoy discussing my cell migration work. Below are some of my depictions of those proposals.

The nucleus is the largest and stiffest organelle in cells. Thus, when cells migrate – often through confined spaces – the nucleus is often the limiting factor as to how small of a space through which a cell can squeeze. First, it is fairly evident during migration that the nucleus does deform. One question that has yet to be answered is whether that nuclear deformation is a result of internal forces or external forces. Another is whether or not that nucleus deformation might be used to pressurize and thus expand protrusions from the migrating cell. 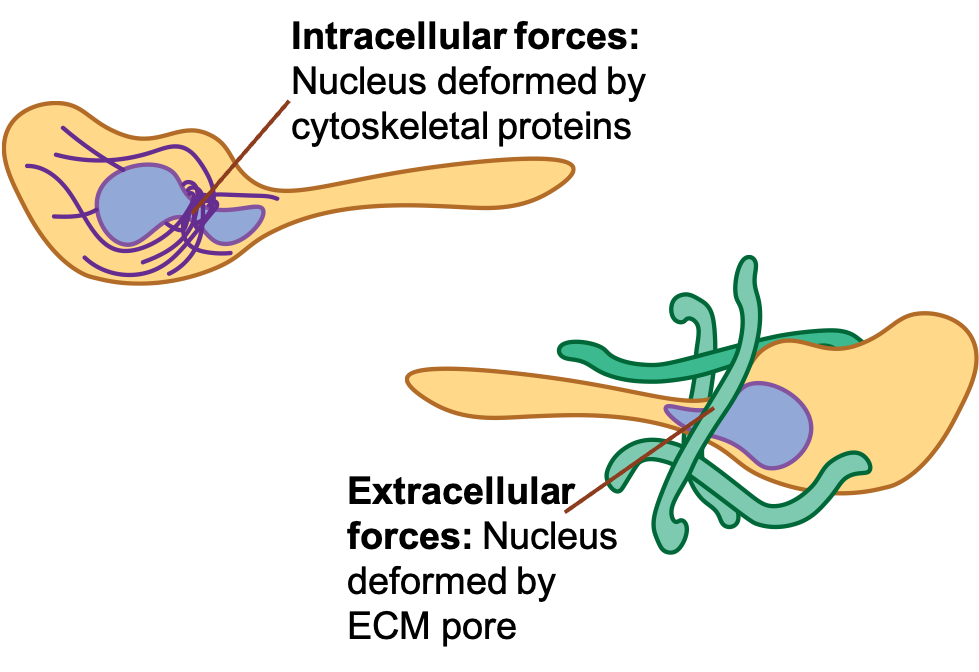 There are a number of possible mechanisms by which this may occur. In order to investigate these mechanisms, one must observe nuclear deformation and positioning during migration, measure other dimensions of the cell such as protrusion width, and perturb proteins potentially involved in the process. 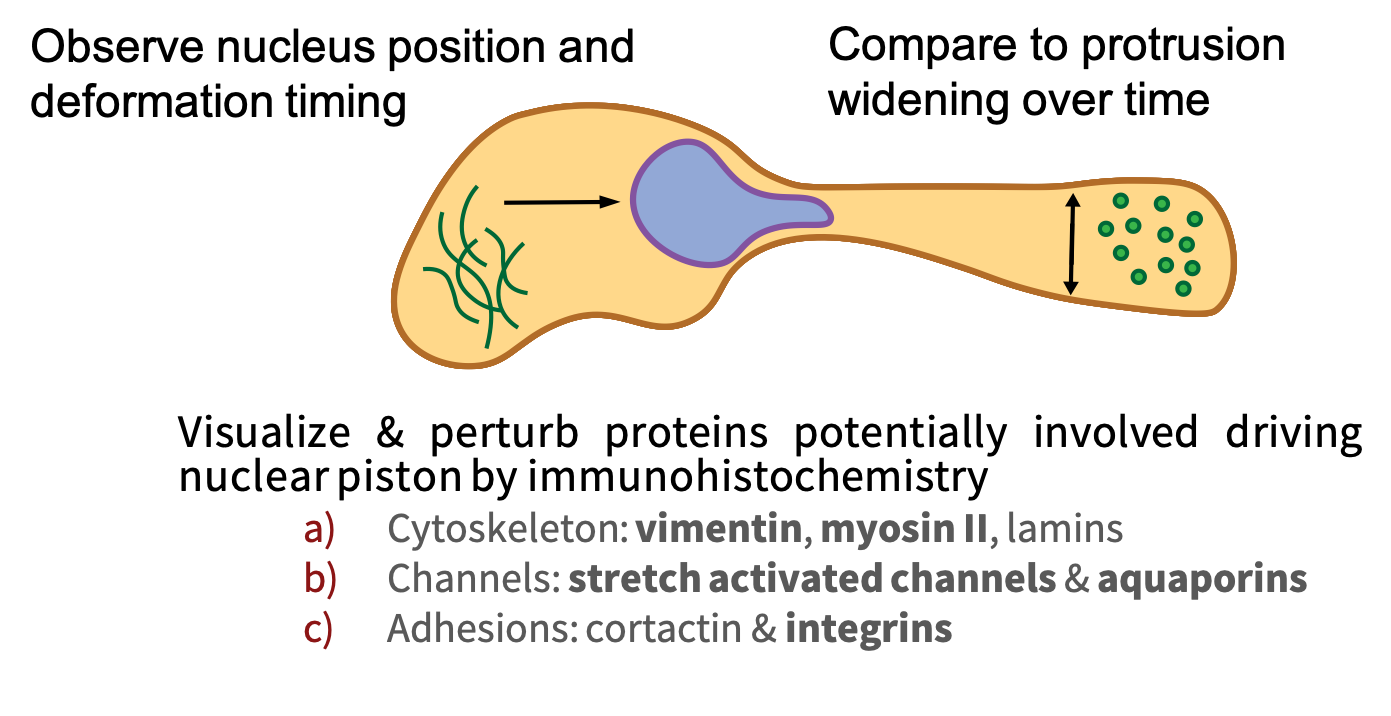 In endometriosis, lesions of endometriotic tissue are often found outside of the uterus. In some cases, these lesions are embedded in the smooth tissue that lines the peritoneal space (i.e. the sac that holds many of your organs). This project proposes observing cell invasion through a monolayer of other cells and analyzing monolayer and gel substrate deformation during migration as a proxy for force generation on the part of the migrating cell. 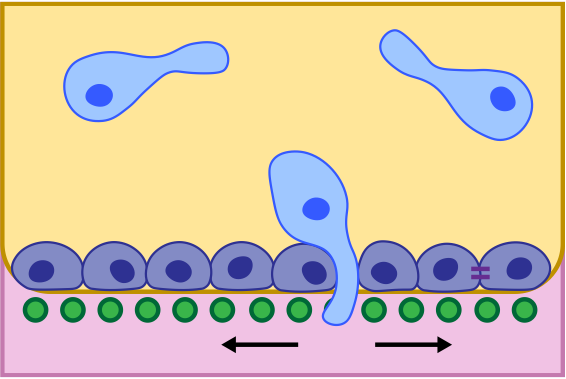